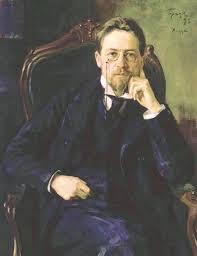 Anton Chekhov gave some advice about revising a story: first, he said, throw out the first three pages. As a young writer I figured that if anybody knew about short stories, it was Chekhov, so I tried taking his advice. I really hoped he was wrong, but of course he was right. It depends on the length of the story, naturally; if it’s very short, you can only throw out the first three paragraphs. But there are few first drafts to which Chekhov’s Razor doesn’t apply. Starting a story, we all tend to circle around, explain a lot of stuff, set things up that don’t need to be set up. Then we find our way and get going, and the story begins...very often just about on page three.

To the young writers, I would merely say, "Try to develop actual work habits, and even though you have a busy life, try to reserve an hour say—or more—a day to write." Some very good things have been written on an hour a day. . . . So, take it seriously, you know, just set a quota. Try to think of communicating with some ideal reader somewhere. Try to think of getting into print. Don't be content just to call yourself a writer and then bitch about the crass publishing world that won't run your stuff. We're still a capitalist country, and writing to some degree is a capitalist enterprise, when it's not a total sin to try to make a living and court an audience. "Read what excites you," would be advice, and even if you don't imitate it you will learn from it. . . . I would like to think that in a country this large—and a language even larger—that there ought to be a living in it for somebody who cares, and wants to entertain and instruct a reader.
JOHN UPDIKE

Do It Every Day

Do it every day. Make a habit of putting your observations into words and gradually this will become instinct. This is the most important rule of all and, naturally, I don't follow it.
GEOFF DYER

Punctuation Ought to be as Conventional As Possible 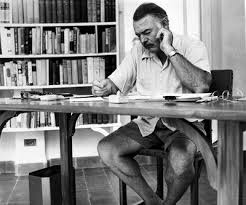 My attitude toward punctuation is that it ought to be as conventional as possible. The game of golf would lose a good deal if croquet mallets and billiard cues were allowed on the putting green. You ought to be able to show that you can do it a good deal better than anyone else with the regular tools before you have a license to bring in your own improvements.

Writing A Novel Is Like Driving A Car at Night

Writing a novel is like driving a car at night. You can only see as far as your headlights, but you can make the whole trip that way.

The Real Importance of Reading

The real importance of reading is that it creates an ease and intimacy with the process of writing . . . It also offers you a constantly growing knowledge of what has been done and what hasn't, what is trite and what is fresh, what works and what just lies there dying (or dead) on the page. The more you read, the less apt you are to make a fool of yourself with your pen or word processor.
STEPHEN KING

If You Want to Write, You Can

If you want to write, you can. Fear stops most people from writing, not lack of talent, whatever that is. Who am I? What right have I to speak? Who will listen to me if I do? You’re a human being, with a unique story to tell, and you have every right. If you speak with passion, many of us will listen. We need stories to live, all of us. We live by story. Yours enlarges the circle.

Lost in the Mist

Lost in the Mist
by Daniel Kaye.
The morning had started so well. I had lived in this part of Ireland now for a few years and today was the first time I was going hiking over the Ballyhoura Mountains.
I was a confident walker, usually trekking eight to ten miles daily and was looking forward to my planned hike. My wife laughed at me as I checked and double-checked the contents of my backpack. Map, compass, sandwiches and two bottles of water.
“You’re like a boy scout,” she said laughing, “be prepared,” she continued mocking.
‘Be prepared’, is right, but nothing could have prepared me for what was to come.
The walk was going well. It was warm but a light breeze that shook the leaves, brought a gentle relief to my sweat soaked arms and legs. It must have been at least two hours since seeing another person, I remember thinking I could have been anywhere in the world as I walked through the trees and along the trails. There was of course the usual rustling you get in any woods, caused by the small animals as they foraged for food.
I remember swinging my backpack off my shoulder and taking out a bottle of water. I wiped the cold bottle across my forehead; the condensation that had formed, bringing instant relief. I opened it and taking a long refreshing mouthful, I looked out at the scene, the fields swept out far into the distance below me. It was then I looked over to the west; I could see a mist forming and moving in towards me. It swallowed up the trees as it rolled through the forest. I had read about these fast-moving mists on mountains many times. I knew they could be dangerous to those less experienced with their surroundings, those like me.
I looked at the sky, I knew there was still hours before the light of the sun would fade. I watched as the mist grew nearer, I have to admit I was amazed at the speed it travelled. I remember looking at my surroundings, just before it swallowed the area in which I stood. To my left were more trees, to the right the steep path I had just climbed. I decided to see if I could sit it out, to see if it will move off again as fast as it had moved in.
Sitting on a tree stump, I decided now was as good a time as any to tuck into my sandwiches. An hour passed, and the mist looked as though it was not giving up the grounds it had taken. I sat and listened, but the noises of the animals were gone, there was no sound to accompany the lonely whiteness that surrounded me.
It was then that fear started to creep into my mind, at first, I could ignore it, but soon like the mist, it covered all of my thoughts. Had I made the right decision to try to sit it out? Now doubt was joining in on my fears.
Sitting there was no longer an option. I made my way slowly back down the steep path. I could only see a few feet in front of me, so I moved cautiously, afraid that I could trip over an exposed root or a rock.
It was then that I saw her. At first, I thought it was a tree trunk, standing upright. I took a few more cautious steps nearer. I was right, it was a woman.
She was standing there looking in the opposite direction, but as I looked, it dawned on me how out of place she was. She was wearing a long black dress; my first impression was how much it looked like a wedding dress without its veil, only black.
“Hello,” I said nervously, “are you lost?”
The figure of the woman turned to face me; she was like one of those porcelain dolls you see with bright lips. In all the stark whiteness of the mist that surrounded us, and the blackness of her long hair and dress, her lips were the brightest red I had ever seen.
Her smile was warm, but her eyes were cold and as she looked at me, I felt as if she was looking into my soul.
Sitting on the branches above her were three black crows, their eyes were like the woman’s, cold and piercing.
I took a step backwards, and the woman stared, we stood in silence looking at each other for some time, until one of the crows screamed.
I turned and ran; the branches whipped my face as I fumbled through the trees, no longer sure, where the path was.
I could hear the flapping of wings above and behind me.
I screamed as I ran, but no matter which way I twisted or turned I could hear those wings right behind me, and I could feel the woman’s breath on the back of my exposed neck. I turned trying to glimpse at my pursuer, she was there and not there, her body seemed to float behind me, her black dress sprawling out behind her like wings. Her breath was hot and rancid, the bright red lips and the warm smile I had witnessed earlier, now replaced by a twisted evil grin.

Everything faded to black.

I do not know how long I lay there, but as my eyes opened and I looked around, convinced I was still surrounded by the mist. As my consciousness returned, the fogginess left my brain, I knew I had run full on into a tree. I looked around in every direction, the woman was gone.
I stood up leaning against the tree, my head thumping from the whack it had taken. I slowly leant down and picked up my backpack, and started to walk back down the path in the direction I had come.
As I left the shadows of the forest, the sun’s rays were a welcome warmth from its coolness. My mind was clear now and I did start to wonder, was the woman real or had I just panicked in the mist and ran blindly into a tree?
I opened the boot of my car to throw my backpack in, when a scream pierced the silence. I looked up to the tree line, three black crows sat on a branch staring at me. Their cold black eyes sending a shiver down my spine, staring, mocking me, just as that woman with the bright red lips had done. 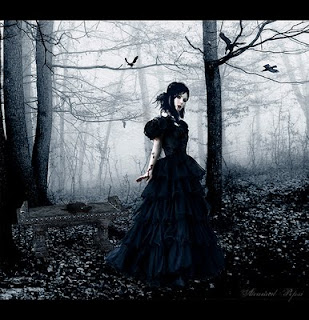 Character is the Very Life of Fiction

Character is the very life of fiction. Setting exists so that the character has someplace to stand, something that can help define him, something he can pick up and throw, if necessary, or eat, or give to his girlfriend. Plot exists so the character can discover for himself (and in the process reveal to the reader) what he, the character, is really like: plot forces the character to choice and action, transforms him from a static construct to a lifelike human being making choices and paying for them or reaping the rewards. And theme exists only to make the character stand up and be somebody: theme is elevated critical language for what the character’s main problem is.