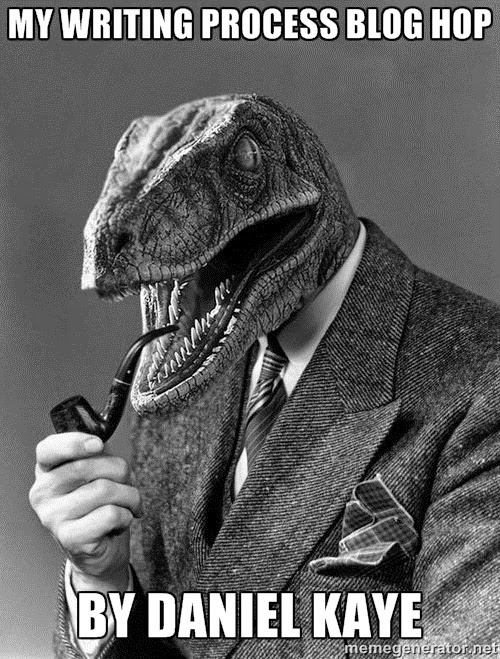 Today is my day on #MyWritingProcess Blog Tour, where writers and authors answer questions about their writing processes. I was invited to take part in this by a great writing friend of mine Lisa Terry, who posted about her work last week Lisa's Blog Post She is an fantastic writer that I learned a lot from about editing, take a look at her writing process too, I’m sure you’ll enjoy it.

Before telling you my writing process, I thought I'll fill you in on with what #MyWritingProcess means:

“We writers share these things, but informally during workshops and at conferences (and, for a handful of established writers, in printed interviews), but not so much through our open-forum blogs. With the hashtag #MyWritingProcess, you can learn how writers all over the world answer the same four questions. How long it takes one to write a novel, why romance is a fitting genre for another, how one’s playlist grows as the draft grows, why one’s poems are often sparked by distress over news headlines or oddball facts learned on Facebook…”

What am I working on?
I’m currently working on a couple of projects at the moment, the first I, Vladimir is in its final editing stages and is due for release later this year from Gentry Publishing. I’m also working on the second in the series, Anonymous Jack. The main vampire characters from I, Vladimir revisit us in this follow on so it is more of a spin off than a sequel. Anonymous Jack is Arminius’ story of how he was a promising medical student who is lured into a dark alleyway where he is attacked by the woman who led him there. She turns him into a creature of the night but when something proves not quite right with Arminius, he is brought to meet the elders of the clan. Instead of learning why he is different from his new kind, he goes out in search of prey alone, and soon becomes history’s most notorious serial killer.

How does my work differ from others of its genre?
This is quite a difficult question to answer. I like to blend a mixture of both fact and fiction in all of my writing. Even though I write fiction, in both of my novels I have used historical facts, dates and events that I hope will bring a sense of reality to the reader.
I’ll leave this question with a quote which was written by one of the earlier readers during the working process of I, Vladimir which I hope helps answer it –
"Historically, this is minutely documented, making it more realistic than fantasy."

Why do I write what I do?
They always say write what you enjoy reading - I have always loved the horror genre, and I owe it all to James Herbert. Ever since I picked up The Rats many years ago, since then I have read his entire collection, some more than a few times. Although my two novels would not quite fall into that category, there’s definitely enough blood and gore to keep the most blood thirsty of you entertained.
After a fantastic writing career he was made the Grand Master of Horror by the World of Horror Convention in 2010, but sadly James passed away in 2013.

How does my writing process work?
Before I answer this question I’ll start with a bit of advice…
Take each bit of advice you hear with a pinch of salt… I know, talk about a contradiction.
What I mean by this is… that you have to find what works for you as a writer.
There are all sorts of writers out there. There are the planners and the plotters, who have every single detail written down before they even start. They know what each character looks like, what they wear, they even know what happens in each chapter as the story progresses. Or there are those who fly by the seats of their pants and just see where their pens or keyboards take them with little or no planning at all.
I am of the latter. I know the beginning and the end, that’s it! I begin to write, I enjoy the journey and I research as I go. I’m a real believer of the bum in seat and write approach, get that first draft written, and edit it later.
I once heard an author give a talk about his writing and he described it as like being on a tightrope. He would always write the first and last chapter first, he did say he rarely used them in the end, and then he would navigate between those two points. I think this is the closest description I’ve heard to my own writing process, but I wouldn’t go as far as writing a first and last chapter before.

Thank you for reading this brief look into my writing process and I hope you enjoyed it, but before you go it is my turn to pass the challenge on.

Firstly I’d like to introduce one of my longest writing friends, Mary T Bradford. Mary is a great writer who I am luckily enough to meet up with most mornings at our local library where we work away, well until the tea and coffee arrives anyway. Over the years I’ve learned loads from Mary, so I know you’re going to enjoy reading her blog and her writing process which she’ll post next Monday. For now here’s a short bio about her…
Mary T Bradford is from county Cork, married and mother of four children. She has seen her work in various magazines, newspapers and anthologies both in Ireland and abroad. It was because of this success that, Mary took the plunge and self-published her first collection titled, A Baker’s Dozen (2012), 13 stories covering the ups and downs of life. It is available in both print and e-book from Amazon and other book sites. When one of her stories kept growing, it was then she realised this was her first novel emerging. Tirgearr Publishing in Ireland picked it up and Mary signed her first contract earlier this year. Her novel titled My Husbands Sin is due out on July1st 2014. Not content with all this, Mary has dipped in to writing plays and seen her work short-listed and performed on stage.
Click This Link To Read Mary's Blog.

Next up is Marie O’ Halloran. Marie is another great friend of mine who meets both Mary and myself in the library when her work permits. She is newer to writing but don’t let that fool you, her enthusiasm and drive is matched by no one. She has had fantastic success with her poetry, and is currently working hard on her novel. I’ll let her tell you more…

Marie O’Halloran lives in Co. Cork, Ireland.  She writes novels, poetry, short stories and plays. A number of her poems have been commended and published. She was also part of the program of readers at the 2013 Fermoy International Poetry Festival. Her short stories have been commended and published also. She was proud to contribute to and be involved in the editing and production of a collection of award winning stories entitled ‘Just Because’.  She has completed her first novel, a psychological thriller which is under consideration and is working on her second a crime thriller.
Click This Link To Read Marie's Blog.

Thanks for stopping by,

All the best,
Daniel Kaye x