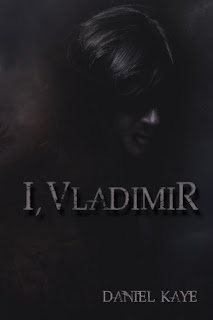 A few comments that were made by readers in the early stages of editing my novel  'I, Vladimir'.

The story which will travel through time and tells the tale of the oldest living vampire, Vladimir; his struggles living along side of humans; which was sometimes more out of convenience than one of mutual understanding-


"Your characters are all so distinctly visible, and you have the tension knot strained perfectly."

"Well paced narrative with great detail and a wealth of imaginative creativity."

"Historically, this is minutely documented, making it more realistic than fantasy."

‎"I never would have read a vampire story before, but this has gripped me all along - testimony as to how great a novel it is."
"Great character in Vladmir... humane but not human. Caring and consoling but still driven by desires that are carnal and base. It takes skill to convey such a complicated personality well, and Kaye accomplishes this in spades. It's as if he were born to it."
Watch this space for the release date.
Posted by Daniel Kaye